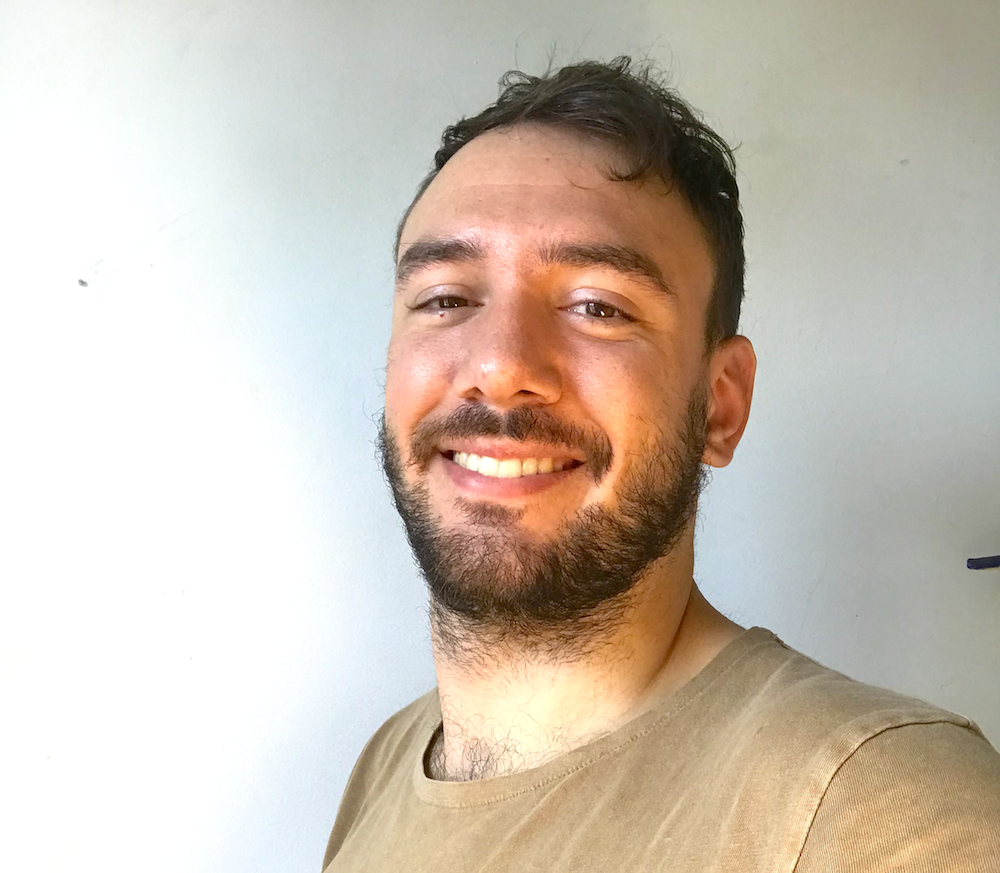 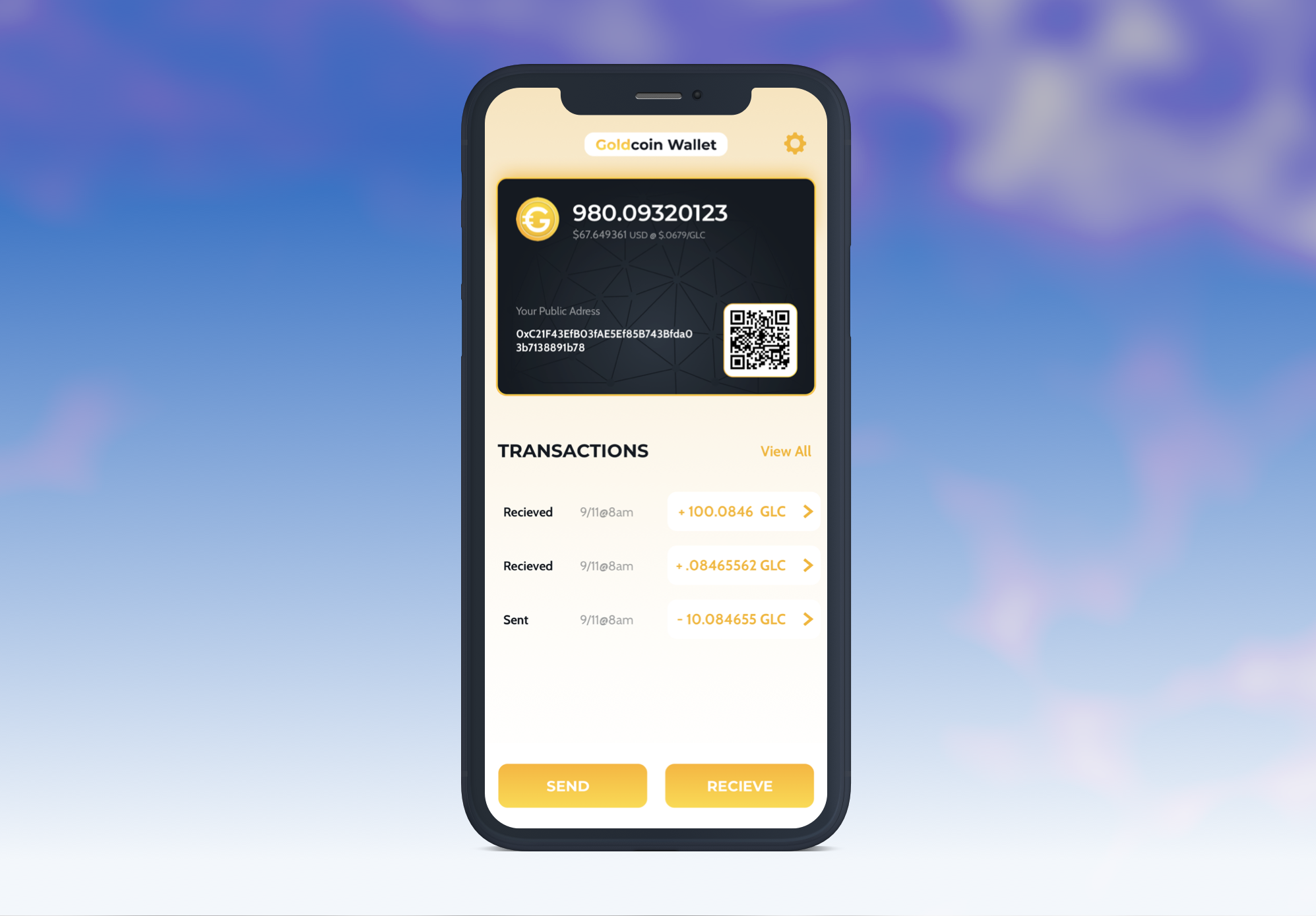 I recently got into mining cryptocurrency, the Scrypt algorithm specifically, and while most coins are not that profitable I’m able to make a strategic investment mining the cryptocurrency Goldcoin. Goldcoin works very similarly to litecoin, providing very fast transactions via a blockchain network. But, they have a new update coming in the next few months which will basically make them part of Bitcoin, which is really exciting.

The coin is a great long term investment and they have a dedicated community, but their digital wallets are really outdated. Specifically the iOS one. And as a user I was frustrated, because it looked cheap and gave me the impression that they are not a serious company.

So I contacted their team and asked if I could pitch a sexy redesign. They accepted, so I put on my design hat and gave this app a makeover, taking it from a  2 to a 10 without straying too far from the original functionality and their branding.

I began by understanding some of their branding, colors, assets, and typography choices via chromes inspector tool.

Once I had an understanding of how they visually communicate as a brand, I began to review the design patterns they use in their iOS app. There was a lot of UX/UI patterns that were just oddly used.

At this point, I had myself a problem statement.

After downloading GoldCoin's wallet, as a user, I question the companies legitimacy. The wallet is very unusual compared to other crypto wallets, and this shows in the design patterns, color schemes, and sloppy design work. How might we increase the legitimacy of the wallet and in response their brand, making their product more desirable?

If GoldCoin had better visual design in the wallet, then users will perceive the coin as more legitimate and will increase the likelyhood of investing in the product. We’ll know this is true when we get qualitative feedback by having users look at each design and talk about their exp and feelings about which design provides more legitimacy.

I wanted to bring prominence to the card and give a sense of power to the design, so I switched the light source to the bottom instead of at the top, which is traditional in most UI design. Because of this switch in light source, we have bottom-to-top gradients and negative Y-axis Shadows.

The result is a highlighted send/receive buttons, a "spotlight" affect on the card which shows the amount of money in the account, and the most recent transcations with prominence in the list.

After reviewing Verge Coin and MEWconnect Wallets, I noticed this is a convention used to give the coin a more tangibility. But the MEW/Verge cards look like giftcards. They don't scream importance or seriousness. To bring that sense of power to the card, I modeled the card after the Chase sapphire reserve card.

The Sapphire Reseve is the Roles Royce of credit cards, and its sheek black design screams power. Marrying the sapphire aesthetic with the branding on their existing site https://goldcoinweb.com, I created the ColdCoin Card.  The Card has network Nodes to compliment the design and nature of blockchain, their logo, a QR code of the public address (used to send money) and a border with a gradient of the gold color

To show all the states, interactions, and changes, I put together an InVision prototype for testing.

I did a guerilla-style interviews at a crypto meetup and got feedback, which was all very positive. There were some feature requests, like being able to see the price charts etc. but for this pitch, I was only sticking to the existing functionality.

I'm still in talks with their team, so I will keep you posted on progress of implementation. I posted it to their community board and did get quite a few tips in GoldCoin :)